SOLACI-SBHCI 2016, the largest meeting on Interventional Cardiology in Latin America started with more than 1500 attendees. After the opening, by Congress President Marcelo Josén de Carvalho Cantarelli, we honored Dr. José Eduardo Sousa, the first to perform a coronary catheterization in Brazil, 50 years ago.

After this deserved tribute, Dr. Sousa personally announced the British professor Patrick W. Serruys, who delivered the first presentation: “Coronary Artery Disease: from Prevention to Preventive PCI”. This talk presented the evolution of knowledge on atherosclerosis and the clinical impact of LDL reduction with current PCSK9 inhibitors.

Later in the morning, professor Serruys took us through the evolution of the Syntax score from anatomical to clinical-anatomical Syntax II, and the

justification for a new anatomical and functional score, downright non-invasive, with the use of computed tomography angiography (CTA) and fractional flow reserve from coronary CT scans (FFRct): the Syntax III.  For more information:

Right after, Dr. Rafael Cavalcante y Silva introduced the following question: “Diabetes and Multivessel Coronary Disease: Do we have FREEDOM to perform PCI?” He opened the discussion on European Guideline recommendations (I-A for CABG over PCI and Ilab for PCI as an alternative for patients with SYNTAX ≤ 22) based partly on the FREEDOM trial (NEJM, 2012).

Some limitations to this trial are patent, he explained: first generation stents were merely used, mean follow up was at 3.8 years and a meagre 23% in 5 years associated to no CoreLab adjudication. Following this line of thought, he proposed that we assess the real impact of Syntax in the diabetic subgroup with three studies, as we can see on this slide:

Outcomes show the estimated MACCE rate at 5 years is the same for PCI and CABG, even for patients with ≤32 Syntax score. He concluded: in patients with diabetes, the Syntax has an impact on the difference between CABG and PCI outcomes. Still, he claimed, PCI is a safe alternative for patients with ˂32 Syntax and diabetes should not be the main factor guiding revascularization selection for patients with multivessel disease.

On this first day, there was a live presentation direct from Toulouse, France, by Dr. Jean Fajadet’s team. Via high definition transmission, we were able to see from different angles the successful implantation of an Evolut R prosthesis in an intermediate risk patient with the use of a minimalist strategy and an embolism protection device.

While this procedure was being carried out, the audience was able to enjoy the comments and observations of panelists: Rafael Cavalcante e Silva (Brazil), Patrick W. Serruys (UK), Samir Kapadia (USA), Jorge Atilio Belardi (Argentina) and, in the audience, Dr. Eberhard Grube (Germany) was invited to join them. 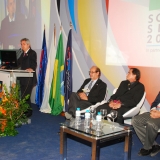 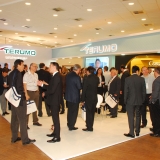 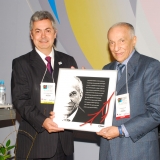 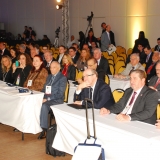 Efficacy of the Sinopharm Vaccine Against COVID-19

DAPT vs. Monotherapy: The Dilemma Remains After Surgery

FLOWER-MI: FFR vs. Angiography for Complete Revascularization in Infarction

Efficacy of the Sinopharm Vaccine Against COVID-19