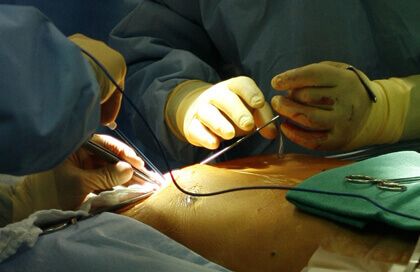 Similarly, hopes were raised high by the long-term benefits of off-pump versus on-pump coronary artery bypass grafting (CABG), with a list of potential benefits that got longer and longer by the minute that has only led to disappointment. Nothing has changed in the CABG scene for years, and though it is still an excellent revascularization strategy for many patients, it has reached a plateau and there are no further studies to broaden our horizon.

And even though cutting-edge stents come out day after day, these also appear to be reaching a plateau. All new devices, despite their many theoretical advantages, have at best been shown non-inferior when compared against the gold standard (the everolimus eluting stent), let alone compared against bioresorbable scaffolds.

The present study compared long term survival and morbidity after on pump and off pump CABG.

Mandatory clinical and administrative registries were linked to identify patients who underwent CABG between 2005 and 2011, by surgeons who had performed at least 100 off-pump or on-pump CABG operations (to meet expert operator criterion). Survival, stroke, myocardial infarction, repeat revascularization, and new dialysis requirement were analyzed using propensity score and other methods. Median follow-up was 6.8 years.

During this period, out of 42570 patients undergoing CABG, 6950 off pump and 15295 on pump patients met inclusion criteria.

There were no differences in stroke, acute myocardial infarction or new dialysis.

Aspiration Thrombectomy vs. Stent Retriever Thrombectomy: Is the Site of Stroke the Key to Make a Choice?

Screening for Intracranial Aneurysm in Patients with Coarctation: Is It Cost-Effective?

Reducing Chronic Inflammation in Atherosclerosis with an Old Drug

Ticagrelor: Yet Another Pleiotropic Effect?

Safety and Efficacy of the Pfizer-BioNTech Vaccine Against COVID-19

Efficacy of the Moderna COVID-19 Vaccine

Efficacy of AstraZeneca’s Vaccine against COVID-19