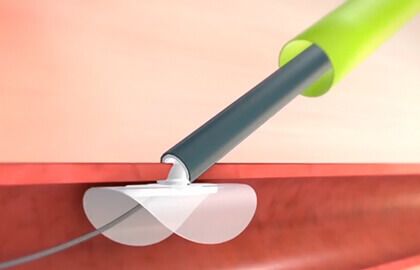 Recent reports have shown a favorable role of PFO in patients with cryptogenic stroke, though with some unclear results, which immediately raised the questions: Who are the optimal candidates for this procedure, and who will see no benefit?

This study focused on certain characteristics of PFO assessed by transesophageal ECG that could be risk predictors and tilt the scales for transcatheter PFO closure.

The study included patients with cryptogenic stroke and high risk characteristics such as atrial septal aneurysm, septal hypermobility (phasic septal excursion into either atrium ≥10 mm), and PFO size (maximum separation of the septum primum from the septum secundum) ≥2 mm.

Primary endpoint was a composite of stroke, vascular death, or TIMI major bleeding during a 2 year follow-up.

It included 120 patients between 2011 and 2017 randomized to PFO closure vs. medical treatment alone. The three high risk characteristics of PFO were assessed by transesophageal ECG and resulted similar in both groups.

All PFO closure procedures were successful.

Read also: Closure of Patent Foramen Ovale for the Treatment of Migraine.

In the PFO closure group, complications included the development of atrial fibrillation (n=2), pericardial effusion (n=1) and pseudo aneurysm (n=1). There were no fatal complications.