Approximately 10% of patients who undergo transcatheter aortic valve replacement (TAVR) are readmitted for an acute coronary syndrome after a mean follow-up of 25 months. Male sex, prior coronary artery disease, and (surprisingly and hard to explain) nontransfemoral approach were independent predictors of acute coronary syndrome after TAVR, an event associated with high midterm mortality. 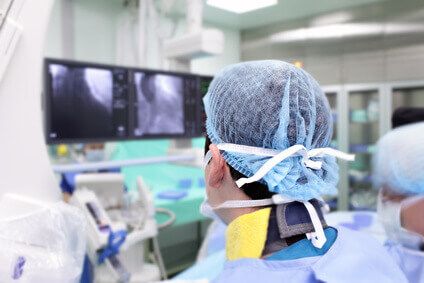 While 50% of patients with aortic stenosis undergoing TAVR have concurrent coronary artery disease, the occurrence and clinical impact of coronary events after the aforementioned procedure remain largely unknown.

This study included all consecutive patients who underwent TAVR between 2007 and 2017. Patients were followed at 1, 6, and 12 months, and then yearly. Acute coronary syndromes were diagnosed and classified according to the Third Universal Definition of Myocardial Infarction (which is already obsolete, since the Fourth Definition was presented at the 2018 European Society of Cardiology [ESC] Congress in Munich).

Read also: Vascular Surgeons of the Future in the Endovascular Era.

A total of 779 patients (mean age 79 ± 9 years, 52% male, mean Society of Thoracic Surgeons [STS] mortality score: 6.8 ± 5.1%) were included, 68% of whom had a history of coronary artery disease. At a mean follow-up of 25 months (interquartile range: 10 to 44), 78 patients (10%) experienced at least one episode of acute coronary syndrome. One half of the events occurred within a year after implantation.